THE LIBRARY IS OFFERING LIMITED SERVICES
Click here for  for more information.
Call 920.967.3690 with questions or email us at reference@menashalibrary.org

1.    The Elisha D. Smith Public Library is organized and operated according to Chapter 43 of the Wisconsin State Statutes.  Appropriate and applicable other portions of other statutes and Administrative Code are also followed.

2.    The library is established by City of Menasha ordinance and, as a department of city government, is subject to certain city ordinances.  (This ordinance is appended at the end of this document.)

3.    The Board of Trustees governs itself and the library through policies which it adopts. The Board of Trustees may temporarily or, in particular circumstances, vote by a two-thirds (2/3) majority of its members to approve an exception to its policies providing that doing so does not violate other laws or ordinances to which the library is subject. Changes in policies must be presented at one meeting for adoption at a subsequent meeting.

b.    Serve as liaison between the library and municipal government.

d.    Have exclusive control of the expenditure of all funds collected, donated, or appropriated for the library.

e.    Promote good relations between the library and the public.

f.    Be aware of community needs and translate needs into suggested programs.

g.    Be involved in state and national Trustee and Library Associations to broaden their knowledge of library service.

2.   NUMBER - The Menasha City Council has set the number of library trustees at seven representing the City of Menasha. In addition, Winnebago County may appoint a member (or members) according to Wisconsin Statutes.  The Board of Trustees may also include a high school student representative.

a.    Seven trustees are appointed by the mayor and approved by the common council. One of these trustees shall be the school district administrator or his representative to represent the public school district.

b.    Trustees appointed by the city shall be residents of the city, except that the school district representative may reside in another municipality.

c.    Trustees serve terms of three years on a staggered basis. Partial terms of less than three years resulting from mid-term appointments shall count as a full term. The school district administrator’s appointment does not expire.

d.   Not more than one city council member may at any given time serve as a library trustee.

e.   Winnebago County may appoint from among residents of the county service area additional trustees based upon the following:

3)    No more than one county supervisor may serve as a trustee at a given time.

4)    If any trustee appointed by the county loses the status upon which the appointment was based, he or she ceases to be a trustee effective on the following May 1.

f.   The high school student representative shall be a non-voting member recommended by the library director.  He or she shall be approved by the Board of Trustees at the July meeting to serve for one year and shall reside within the boundaries of the library’s service area.

a.    Officers shall be elected annually at the regular July meeting.  Officers of the Board of Trustees shall be Chairman, Vice-Chairman and Secretary. No person shall hold the office of Chairman for more than five consecutive one-year terms.

3)    The SECRETARY shall:
a)    Ascertain that notices of all meetings of the Board of Trustees and its committees are
prepared and distributed according to Wisconsin's "open public meeting law."
b)    See that accurate minutes are taken of all board and committee meetings and distributed in a timely manner to trustees, the City of Menasha, and the press and that minutes are on file at the library. (Minute taking may be delegated to a recording secretary.)
c)    Ascertain that the State of Wisconsin annual reports are prepared and filed with the city clerk and Winnefox Library System.
d)    Notify the mayor (or county executive) of trustee resignations or term expirations which require new or renewed appointments.
e)   Perform all duties of the Chairman of the Board and Vice-Chairman in their absence.

d.    Other committees may be formed and members may be appointed by the Chairman of the Board on an ad hoc basis.

e.    No committees shall have anything other than advisory powers.

a.    Regular meetings of the Board of Trustees will be held once a month at a publicly announced time and venue. The time, date, and location of each committee meeting shall be determined by the chair of the committee.

c.    The agenda for the current board meeting shall be provided to members at least three days before the meeting.

d.    Special meetings of the entire Board of Trustees may be called at the direction of the Chairman of the Board or by two members sending a written request to the Chairman.

e.    Five members shall constitute a quorum.  If at least three members are present, they can vote to continue the meeting with a lack of majority quorum, citing State Statute 43.54(1)(e). A quorum for transaction of business at any committee meeting shall consist of a simple majority.

f.   The library director shall notify the local newspaper of all meetings.

g.   In accordance with Wisconsin Statutes, all board and committee meetings shall be open to the public and comply with open meeting law, except for matters of business legally excepted under the law.  They may be audio- or video-recorded only if doing so does not interrupt the meeting.

h.  Conduct of meeting shall be in accordance with the current edition of Robert's Rules of Order.

i.   Minutes of all meetings shall, at a minimum, indicate trustees and officers present, all items of business, all motions (except those that were withdrawn), and the result of all votes taken.

j.    Everyone attending board meetings, including the general public, shall have their cell phones silenced for the duration of the meeting.

k.    Attendance by trustees is expected at all meetings of the Board of Trustees and committee meeting except as prevented by a valid reason.

a.    Trustees shall not in their private capacity negotiate, bid for, or enter into a contract with the library in which they have or may have direct or indirect financial interest.

b.    Trustees shall recuse themselves from any and all Board of Trustees meeting and committee meeting discussions, deliberations, and votes in which the trustee is associated with or may have a substantial financial interest. Trustees are not required to disclose the nature of their conflict of interest.

c.    Trustees shall not accept anything of any value that could reasonably be expected or implied to influence their vote or other official action.

a.    Have a master's degree in Library Science from a library school accredited by the American Library Association and all other pertinent qualifications enumerated in the Wisconsin Administrative Code, Sec. PL 6.03.

c.    Possess or have the ability to obtain a valid driver’s license and to maintain physical condition necessary for sitting or standing for prolonged periods of time, moderate lifting, and reaching.

d.    Coordinate all library operations and functions, meeting the requirements of the Board of Trustees, the community, the staff, and local and state government.

e.    Act as the executive officer of the Board of Trustees and be directly responsible to it.

f.    Act as a designated member of the Friends of the Library organization.

1)    Board Relations - The director shall:
a)    Organize and plan agendas for board meetings in consultation with the Chairman of the Board.
b)    Notify trustees of meetings and prepare appropriate public notices.
c)    Attend all library board or committee meetings except when officially excused by the Chairman of the Board.
d)    Prepare regular monthly reports and otherwise generally apprise the Board of Trustees of significant activities, events, problems and concerns of the library.
e)    Formulate and recommend policies for approval by the Board of Trustees and implement the same.

3)    Finance - The director shall:
a)    Prepare an annual budget for consideration and adoption by the Finance Committee and Board of Trustees.
b)    Present the budget as adopted to the Menasha City Council.
c)    Represent the library's budgetary interests to the Winnebago County Board.
d)    Supervise expenditures of library funds.
e)    Prepare bills for approval by the Board of Trustees at regular meetings for subsequent payment by the city.
f)    Prepare monthly and annual financial reports on budget accounts, receipts, and endowment funds, and present an audit report to the Board of Trustees.
g)    Prepare and send to the Division for Library Services the required annual report.
h)    Prepare an annual review of library insurance policies and recommendations for any changes.

4)   Personnel - The director shall be responsible for all aspects of personnel management, including:
a)    Classification of staff positions and periodic revision of job descriptions.
b)    Recruitment and interviewing of candidates for positions.
c)    Recommendation of employee hiring, termination, and promotions to the Board of Trustees.
d)    Scheduling, organizing, and supervising work operations.
e)    Establishment and implementation of work rules and regulations.
f)    Training and professional development of employees.
g)    Promotion of employee work satisfaction and general staff welfare.
h)    Preparation of annual evaluations of all staff members.
i)    Fostering a positive work environment for staff and volunteers.

5)  Public and Patron Relations – The director shall:
a)    Work to create communication between the library and the community so that the library becomes aware of and responds to community needs by providing services to meet those needs.
b)    Recommend and administer public relations activities, furnish announcements, press releases, or other publicity materials to other libraries, area newspapers, radio stations, and other media outlets.
c)    Establish and maintain effective working relationships with other governmental and educational agencies, civic and community groups, the general public and the news media.
d)    Represent the library at and speak to community, civic and other groups regarding the objectives and activities of the library.
e)    Actively and regularly communicate with the Winnefox Library System Administrator and Menasha representative on the Winnefox Library System Board.
f)    Cooperate with other libraries through joint programs, interlibrary loans, and information exchanges.
g)    Respond to patron complaints.

6)  Collections – The director shall supervise selection, acquisition, and processing of library materials to meet public needs within the structure of library selection policies and budgetary limitations.

7)    Physical Facilities – The director shall supervise housekeeping, maintenance and repair of building, equipment, and grounds.

8)  Professional Awareness – The director shall follow current trends in library service and management, including attendance at professional and other meetings as appropriate.

a.    Meet educational requirements as set in the appropriate job descriptions and classifications and in accordance with the standards of Wisconsin Division for Library Services and other generally accepted standards.   Exceptions may be made at the discretion of the director with the approval of the Board of Trustees.

b.    Contribute to the periodic development and updating of job descriptions.  Job descriptions shall be designed to maximize the effectiveness of all employees and shall be made available to staff members and trustees.

c.   Perform the duties as described in the appropriate job descriptions.

(a) ORGANIZATION; TERMS. Pursuant to Wis. Stats. §43.54, a Library Board is created for the Elisha D. Smith Public Library and shall consist of seven (7) members.

(2) The Mayor shall appoint the Menasha Joint School District Superintendent of Schools or representative to the Library Board.

(3) Members shall be residents of the City, except that the Menasha School District Superintendent or representative may be a resident of another municipality.

Approved by the Elisha D. Smith Public Library Board of Trustees, August 22, 2018 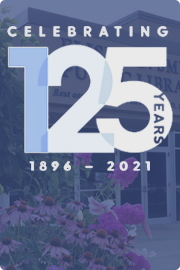 Member of the Winnefox Library System